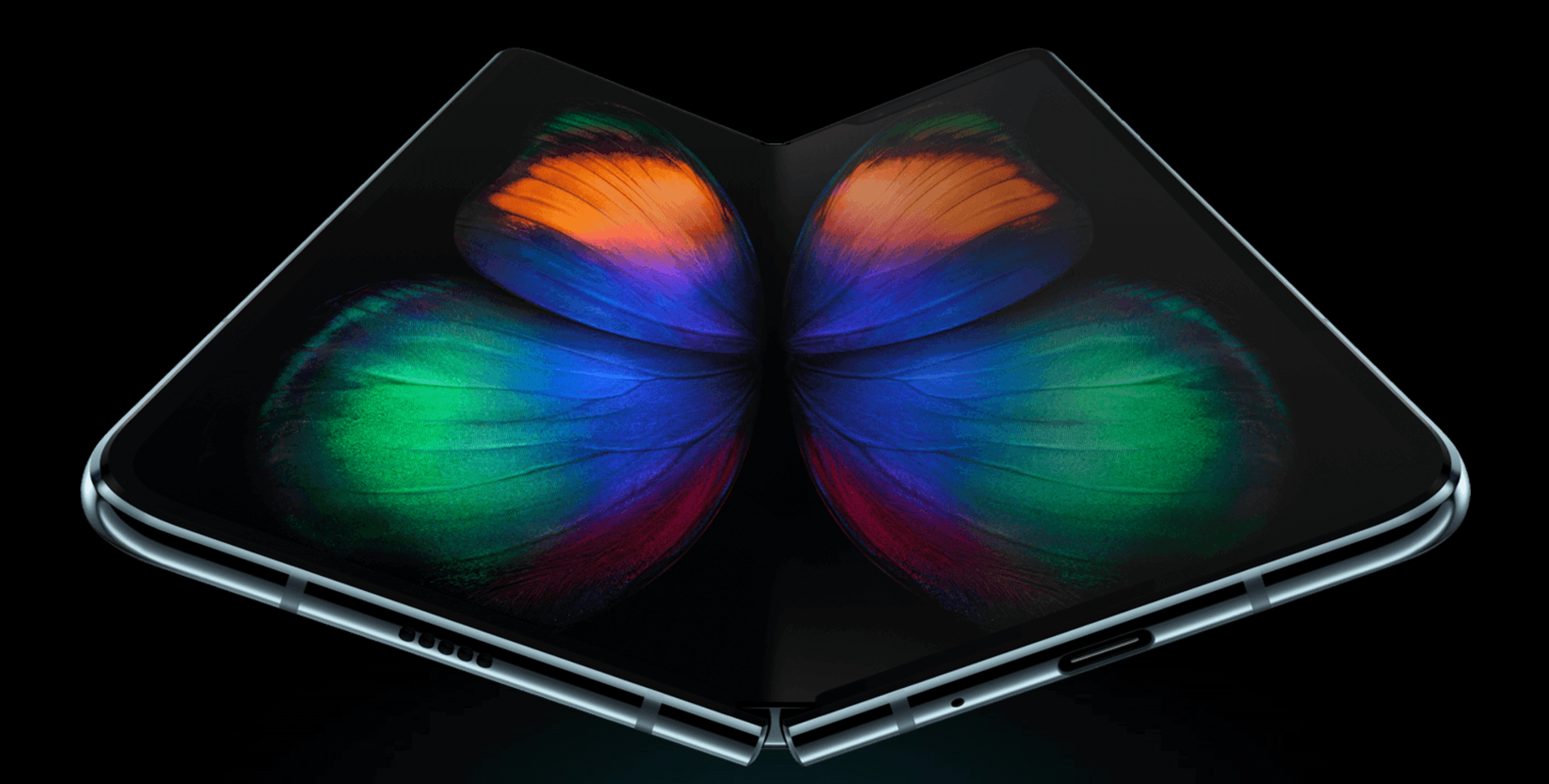 They started with the Galaxy Fold - a folding phone with one external 4.6" screen and a big internal unfolding 7.3" screen. The phone (if you could call it has a total of 6 cameras around the body). The starting price will be $1980 (nice), but for something that new and weird the sky is the limit. We've yet to see hands-on and full reviews but from what was shown the most interesting part for me was that the folding angle should be really small for this device. Even though the external screen was placed in a weird manner, I still can't wait to see it in person.

After the Fold, Samsung announced the new S10, S10+ and S10e (cheaper version like Apple with their iPhone XR). The S10(+) have a new almost full body ratio screens curved on the sides and a hole punch cutout for the front facing camera(s). Overall I like the new design, my main gripe though is with the unsymmetrical top and bottom borders where the chin is a tad larger than the forehead.

Both S10 and S10+ got a new third wide angle camera (without OIS though), pictures from which looked nice. I personally sometimes wish my phone had a wider camera when all the objects don't fit in the frame from close distance. And both devices got a ultra-sonic in-screen finger print reader, moving it from the back to the front of the device. Ultra-sonic reader also doesn't rely on light as optical readers do, so finger print scanning will be less annoying in the dark as with the optical readers.

When compared to the S10(+), the S10e loses the curved edges, the telephoto lens (retains the regular and wide angle lenses) and the in-screen finger print reader in favor of a side finger print reader built into the power button. The screen on the S10e however is the same 500+ ppi as on older brothers, just physically a bit smaller.

The prices will start at $749 for the S10e, $899 for the S10 and $999 for S10+. The prices are almost identical to iPhone's $749/$999/$1099 for the XR/XS/XS Max respectively. But if you compare the Galaxy phones purely from the hardware perspective, you'll get an additional camera and better screen and maybe even $100 off each time if you choose Samsung. I just wish their software was closer in terms of quality to iOS. But for many software is more than good enough and for them Samsung phones are (which is objectively true) and will be a better deal.

Other hardware improvements: the ability of the phones charging other devices wirelessly like it was done by Huawei in their Mate 20 Pro few months ago. And the camera improvements didn't end with just a third camera but with the support of HDR10+ for both photos and videos.

The event also had few interesting software announcements. First - Instagram will be integrated to Samsung's camera app giving you the option to post images or to your stories right from the camera app. Second - Samsung opens their Camera SDK to allow 3rd parties using the same quality of images and videos as first party apps get. I've heard that many times that people who are relying on posting to their audiences on Snapchat, Instagram or other services usually have to buy iPhones where they can take consistent pictures as with the first party app. But on Android the image quality in third party apps were significantly worse than in the main camera app, and now (at least on Samsung phones) it's gonna change.

Overall, with the hardware getting less and less distinction and people buying phones mainly for their cameras, Samsung does the right moves with adding a wide camera and software enhancements to their devices because it's what actually people might want. They don't buy phones for the brand or the technical specs, they buy them for the best appearance in photos and videos on Instagram. And with Samsung giving all of this such priority, they just make their pieces of glass more desirable than others.

There was also an interesting push with 5G at the event. Samsung will have a special 5G version of the S10, and they told how 5G will be important for the industry. The CEO's of Sprint and T-Mobile were praising 5G from the screen, but the Verizon's CEO had stage time where he announced an exclusive 5G launch with the help of Samsung. In my opinion such hype is just a way for the carriers who are desperate to be something more than just pipes to be relevant again. In my opinion 5G is quite far away from practical use: 4G is not even everywhere yet, and it feels to be more than sufficient enough already. I'm not sure what are the practical implications of 5G are as well. Who needs those low latency and high speeds on a smartphone? For online gaming maybe that's a necessity, but with the nature of waves and their tendency to be reflected the shorter the wave gets, I'm not entirely sure how 5G will be effective at all without putting a signal transmitter every hundred meters which obviously no one is going to do. I guess we'll see where 5G will take us, but for now the hype around it is mostly carriers looking for ways to stand out.