On Sunday got this gem. And it's epic! 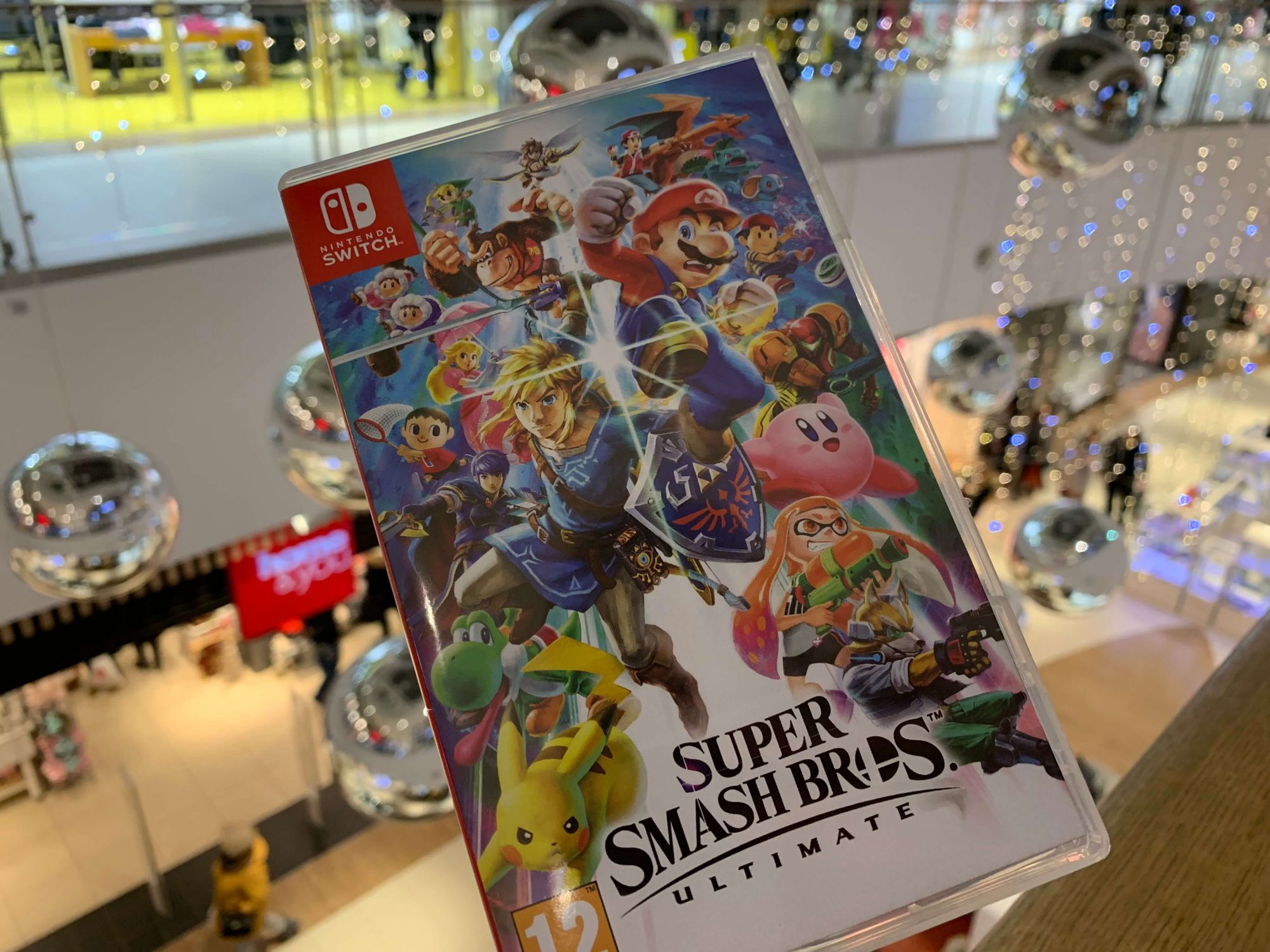 As the cover says, everyone is here! It's the biggest character mashup I've seen so far: 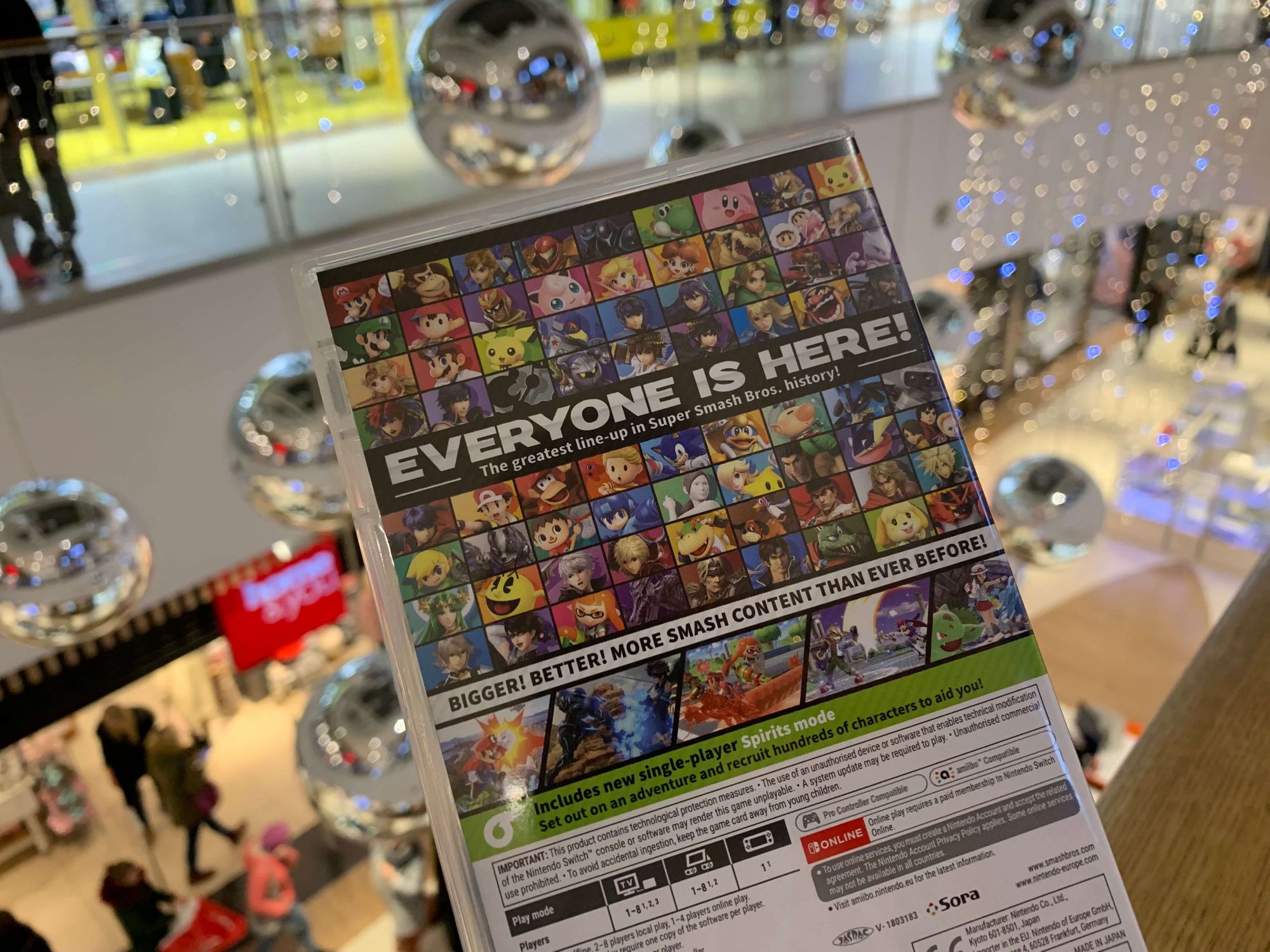 And most importantly, you can play the game anywhere you go: 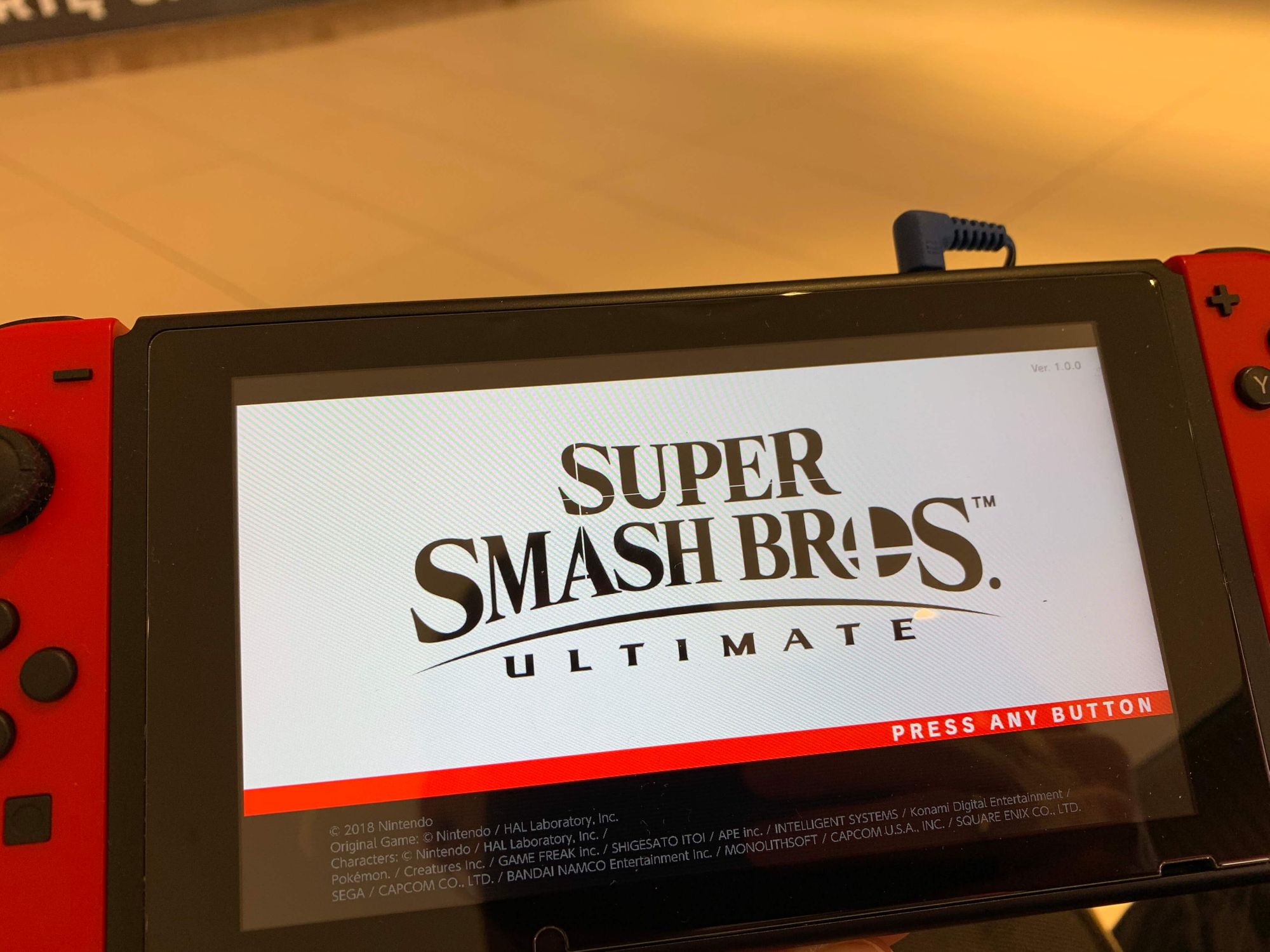 I unlocked Mario in one of the few battles, freed him from possession and he joined my (the!) battle! 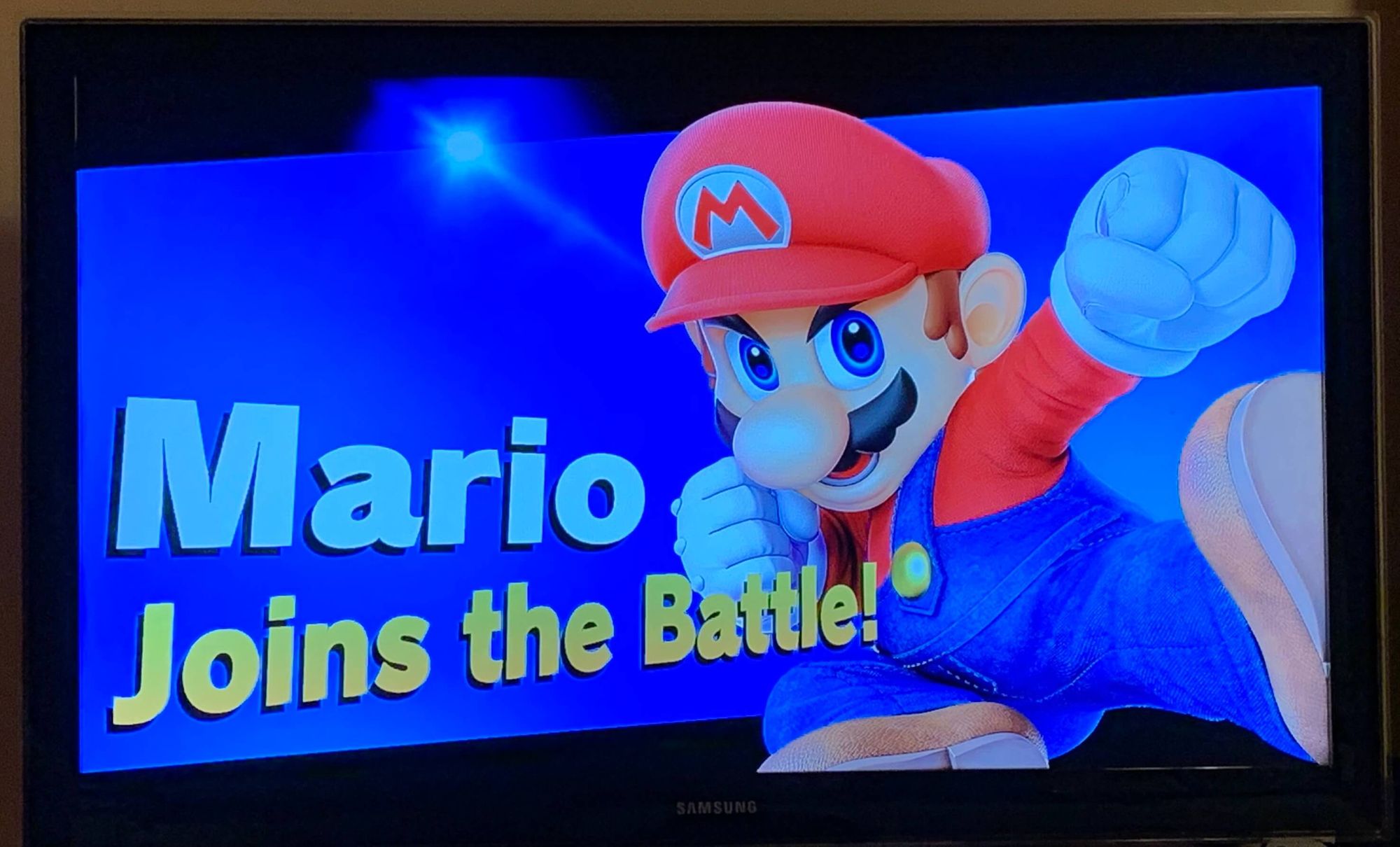 Being honest I missed out on the previous Super Smash Bros, so maybe for someone all of this is not new. But for me this game has so much diverse content, that I think it easily deserves its 93 points on Metacritic just for the content itself. The game's score is a bit lower than the 97 of my another most favorite and the most diverse game I ever played. Super Mario Odyssey which was the 2nd best game of 2017 which I bought the Switch for was beaten last year only by Zelda's Breath of the Wild, another Ninendo's marvel. I guess in this company of awesome unique games Super Smash Bros has good chances in getting into this year's Top 10 games as well.

Btw, just noticed my game cartridge has German writings on it, so probably Germany is Nintendo's main region in Western Europe 🙂: 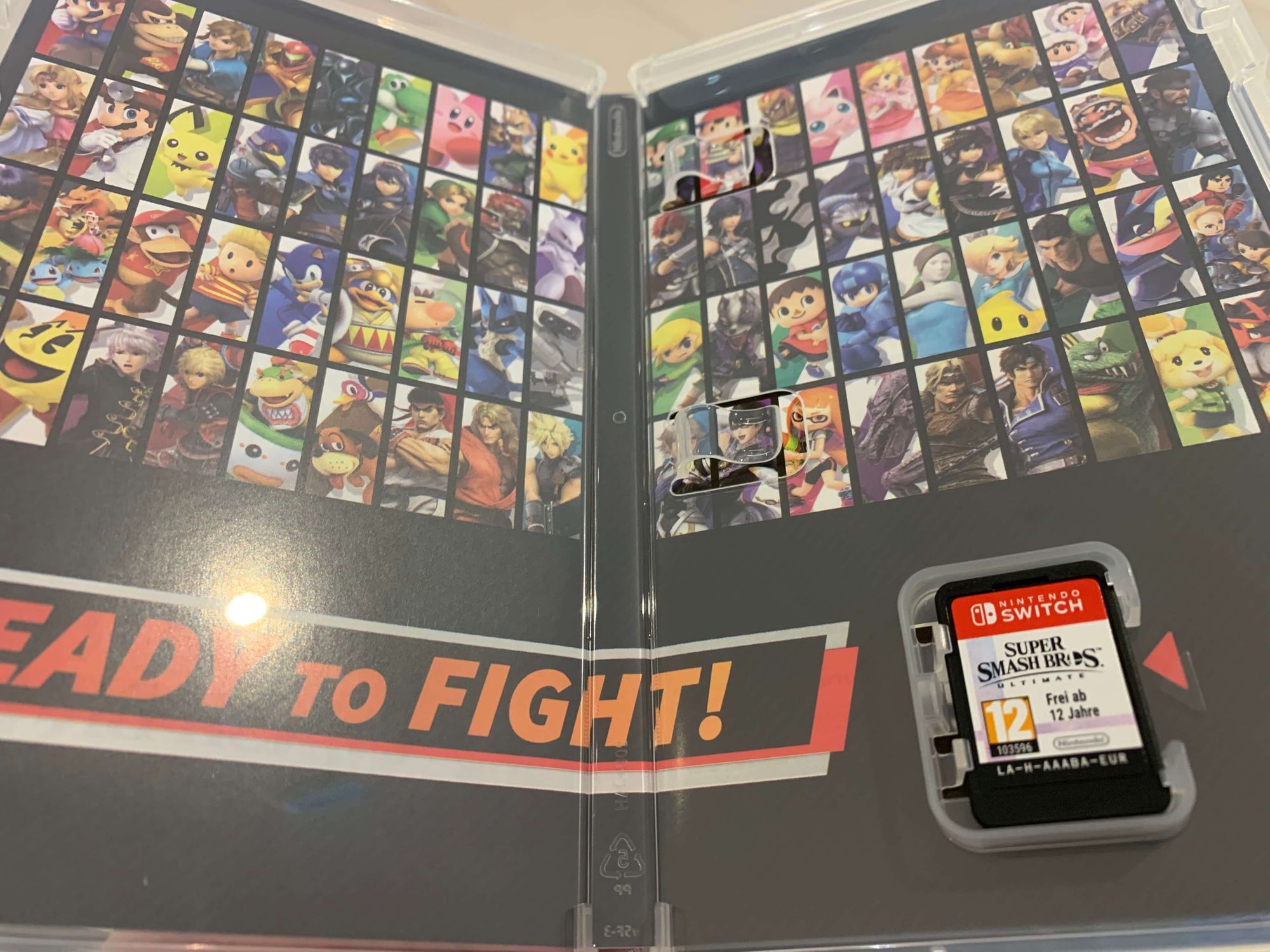 And here's my Wedding Mario Amiibo, which I bought few months ago. Now I can fight using specifically this skin as well in all the battles to come. Because not only you get all major Nintendo's characters, but you get all of them in a variety of skins, including Wedding Mario 🙂 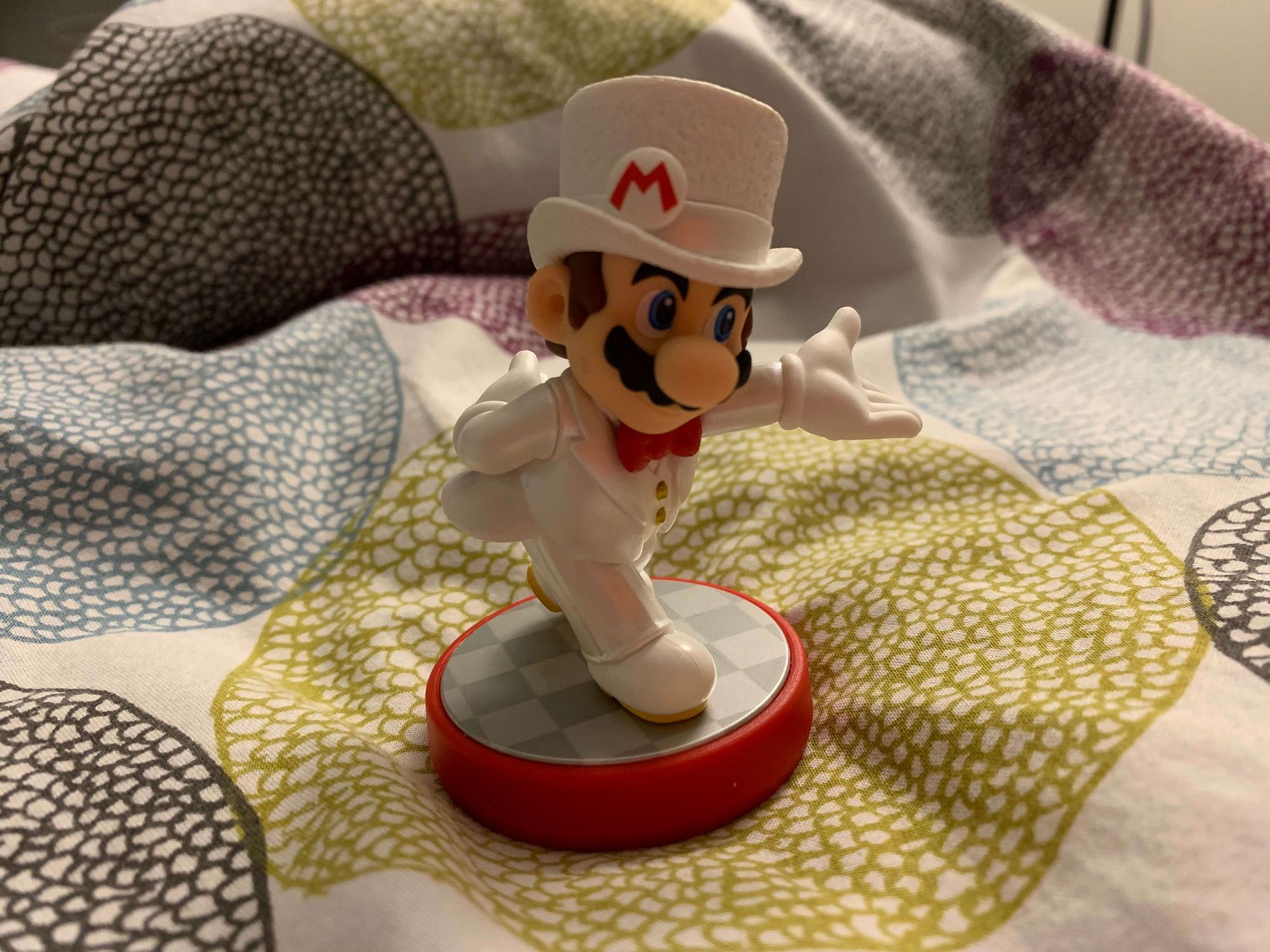 Once again Nintendo oudid themselves.