Quite interesting video on today's state of Machine Learning in Tesla. Details on their hardware and software are impressive.

The keynote actually starts at 1:09h:

First is about the idea behind ML in general:

Next is about actual problems it's able (and is already) to solve:

Footage from April processed only now 🙂

And last but not least, here's an interesting interview by John Gruber with Craig Federighi and Greg Joswiak discussing the news from WWDC 2019: 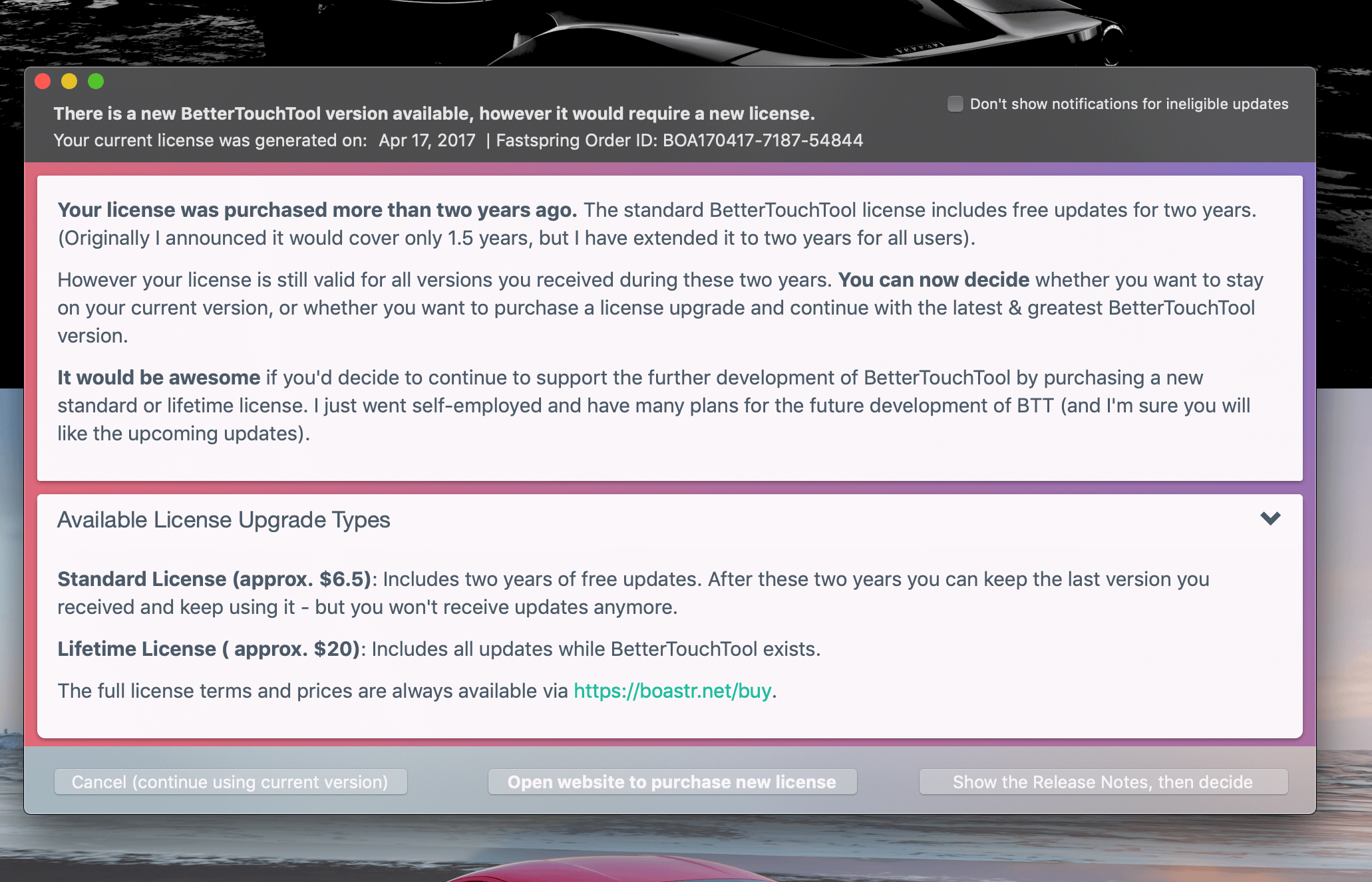 And today after another update out of the very many updates in the last years the developer told that the older license won't work with the latest version and you'll have to buy a new one for $6.50.

I use the app only for one single feature - long time ago I assigned three finger press on the touchpad to simulate middle click which allows me open Safari links in background tabs and close them as well by 'middle-cliking' them everywhere in the tab and not only on the small, hard to target X button.

And even though I use the app for only a small single reason, I bought the new for few simple reasons:

I constantly hear people complaining about how developers are trying to rip them off. But those people forget that developers are like everyone else - they need food, shelter, provide for their families. And getting $5 in two years is far from what they need to ship a quality product on a constant basis. So even when some of them switch to subscriptions (which I don't like as anyone else) I still understand their reasoning and buy not the product itself but more and more I invest for great people constantly refining them. And I wish more people would understand that as well and appreciate the hard work done to bring us, customers those refined products we use daily.

That's why please support indie devs when that support costs you that famous cup of coffee everyone's comparing it to. Because you will drink that cup and that's it. But the piece of software you buy will make your life easier day after day.

Today was Google's dev conference, and here are the main takeaways. 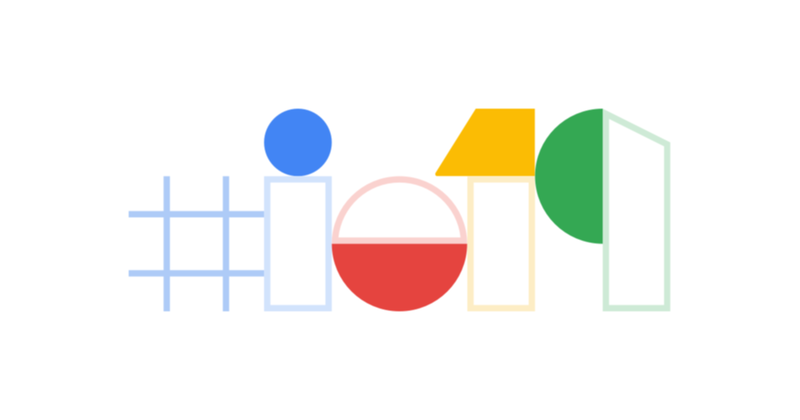 Google Pixel 3a and 3a XL

Satisfy the market or leave it

I had the first Pebble watch from a company who was the first to raise $10M on Kickstarter and then the first to raise $20M with their second watch. Few years later this seemingly popular and successful company with all their assets, intellectual property and strong interest first had few layoffs eventually was sold for just $23M to Fitbit. How did that happen? 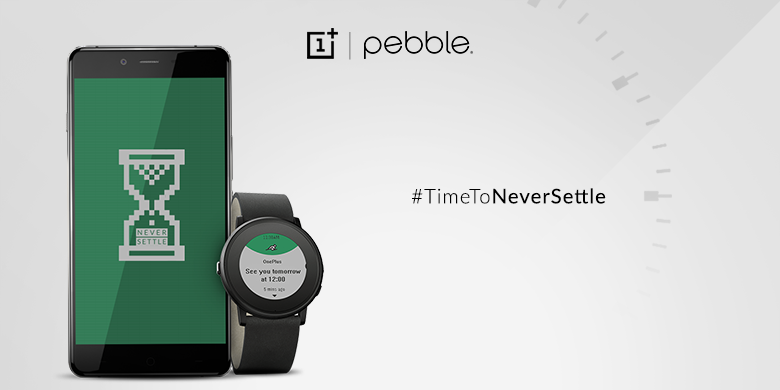 It's not because they got fierce competition or were too early to the market - smart watches from big brands weren't there yet and the wearables sector had healthy demand already as well. The problem was that Pebble tried so hard to please their core audience - early adopters that their products never came out from serving that niche to catch the broader market.

Early adopters are a good way of taking your product off the ground: your customers are willing to pay extra to be the first to get your product even if it means dealing with the potential production delay which is common on Kickstarter. But the early adopters are ready to sacrifice their time and money for that new thing on the market and are also much more forgiving to any imperfections and roughness of product's first versions than any regular user would be.

The problem comes after. Since the early adopters is the first and smallest user group in the product's life cycle, holding on to them will never let you move forward and gather necessary resources to do so. After getting your product, early adopters can't wait you to make it better usually for no extra cost. Moreover, each backer thinks his or her new idea/feature should definitely be implemented to the next revision of the product and also retain all previous features as well.

Company's early adopters probably also won't jump into buying the next revision of their product considering the changes aren't significant enough to update and demanding unlimited support for the first version. Also paying a full extra price for something which is similar to what you have (usual iteration of products) especially with similar features is not what early adopters do.

And by sticking to the requests of those first customers, treasuring them companies continue building products which almost no one would buy - for previous customers there won't be much better/newer than what they have, and for the mass market the upcoming products without major changes will be still too finicky, techy and not very appealing. That's why companies which don't adapt to the new users by trying to satisfy the first ones go out from business just not reaching that bigger mass market group.

In this video the author explains the situation in more details with examples that include Pebble's. He also touches OnePlus which for me is the most interesting one and where I myself have proof of the early adopters theory. A friend of mine who is a strong OnePlus supporter is very judgmental about OnePlus' moves in the recent years. For him it's unacceptable for the company leaving out the headphone jack, raising the prices and overall following the industry leaders - everything opposite the brand was famous for when it was listening to their users' opinions back in the day.[1]

But at the same time my friend bought only 2 out of OnePlus' 9 models (ignore the 10th McLaren 6T) literally supporting with money his favorite company only twice! No wonder they had to adapt to the mass market and leave the core loyal fans behind. I bet Apple is successful just because except of pure specs they are selling the image of being an iPhone user so successfully that those users fuel up the company with yearly (2 years max) upgrades. This is where OnePlus is now going and where every other company which overcame the first stage should go to stay in business. Otherwise by sticking to the early adopters you won't be able to ramp up to the next stages.